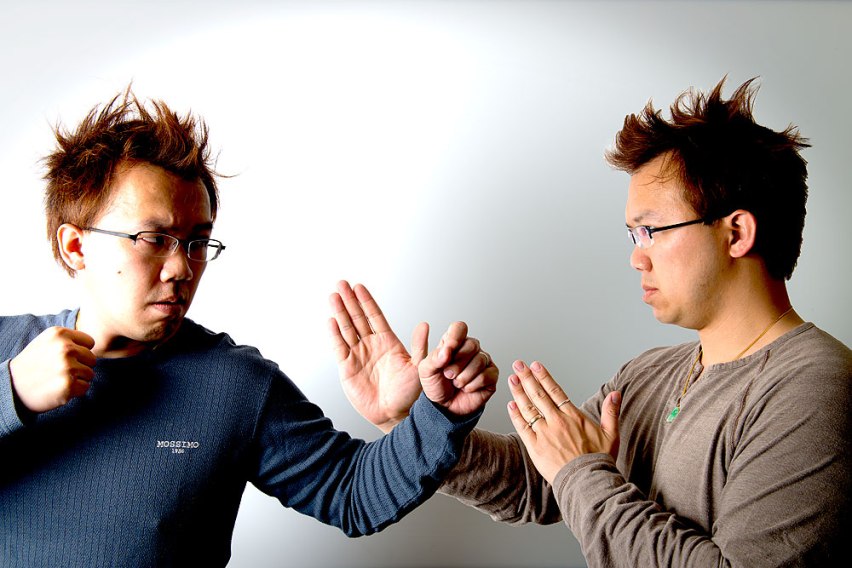 Taking up a second martial art is a little like learning multiple languages. You start seeing more in what’s always been around you. Since martial arts legend Bruce Lee began his journey with Wing Chun, I decided to switch on Enter the Dragon to see if I noticed anything new.

And holy catfish I didn’t expect how quickly I’d see it. In this fight alone, his first five moves are grass-roots Wing Chun. Obviously, it’s a movie, so it’s not to say that it’s always this good. These styles are as much about mind games and technique as they are about being physical.

To the untrained eye, today’s picture features two different stances from two very different fighting styles in a near theatrical confrontation (hey, it’s a photo, for heaven’s sake). But at this range, all things being equal, the guy on the left would probably be floored in under five seconds.