Day 303: Best dressed on the block 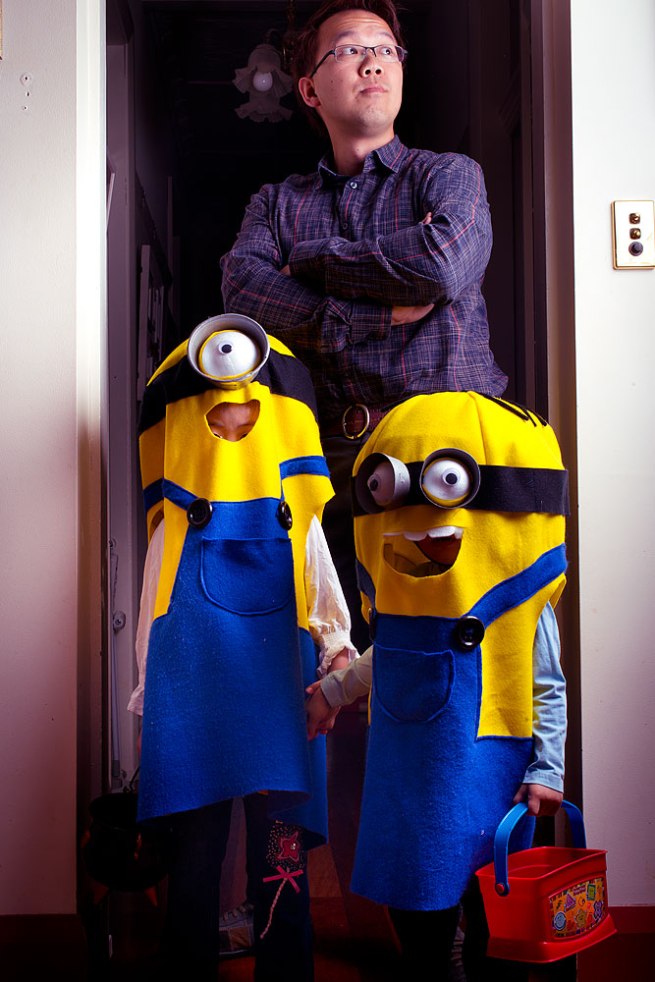 Day 303: Best dressed on the block

Halloween wasn’t part of the Australia I grew up with, but even I know that traditions evolve over time. I know an awful lot of people who don’t share that belief, and I sometimes wonder what other backwards and outdated values they’re still clinging to. Slavery, maybe.

Tonight, Indy and Harry took part in their first trick-or-treat outing. Every house on the street took part and pitched in with decorations and candy for the 100 or so kids who live on our block. It was fantastic to watch neighbours, fellow parents and people we’ve never met bond. If a little candy is the price we pay for a better sense of community, I’ll gladly pay it again and again.

This year, Indy and Harry dressed up as a pair of Minions from Despicable Me. The character Gru is a grouchy old nerd with a stash of techy devices and a funny accent, so I didn’t really need a costume.